St Thomas More School were lucky enough to be invited to see the American 2012 Olympic team train at Alexandra Stadium, in Perry Barr.

The children were chosen from our own Olympic Sports Day, with Year 4 children representing our school on the day. The children took part in their own relay races, running races and javelin throwing.

We were chosen to appear on the BBC Midlands News and a Local Radio Station! The children were lucky enough to hear two of the American team talk about their training programme and their preparations for the Olympics.

The children each held a country flag as they entered the stadium just like the 'real' competitors will in London 2012.

Getting ready to pass the baton. 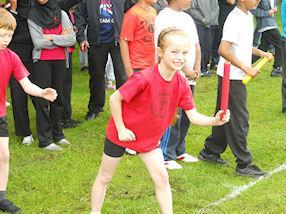 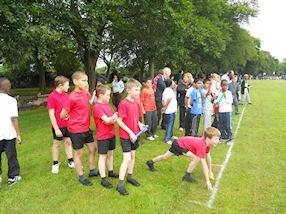 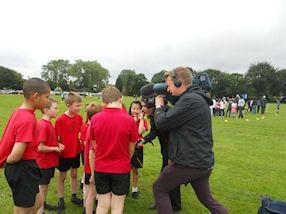 An interview by Radio Heart FM. 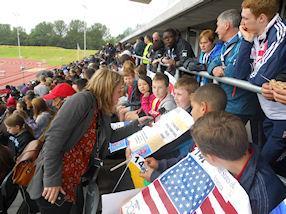 Our 'countries' line up, ready. 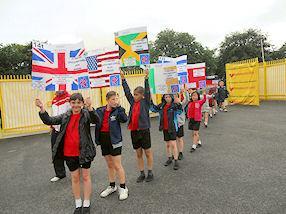 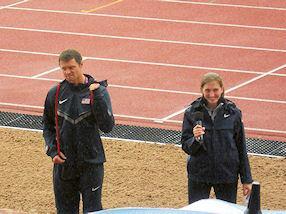