In the second half our Team was given a Penalty after a handball in the area. Luke calmly stepped up and slotted the ball home to make it 3-2. Full credit to Our Lady of the Wayside who kept on going, they made it 3-3 from a header off a corner. It looked as if extra time loomed, until Rhys broke through again, the spectators hearts were in their mouths as he was one on one with the keeper, he faked to go one way and then tucked the ball away into the other corner to send the crowd into ecstasy and to make the score 4-3.

What a result, a fantastic performance by the team. The Final will be on Wednesday 5th May at the Co-Op Ground, Barrows Lane, Yardley. Keep visiting our website to find out our team result, hopefully jubilant winners!

The defensive back line. 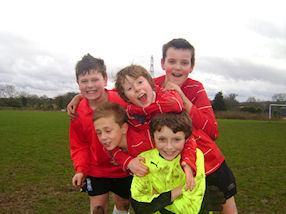 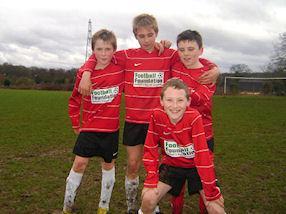 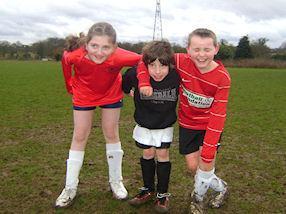 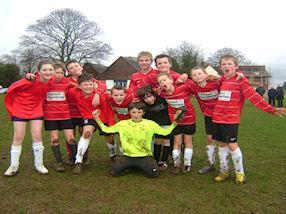