Hands Across the Sea

Diane our peripatetic music teacher invited our school choir to sing in a concert with AD Concert Band, the band she plays in, at Shirley Methodist Church on the 18th April 2015.

For a few weeks leading up to the concert we had been learning some songs to sing with the band, these included: Battle Hymn of the Republic, Aura Lee, The Bonnie Blue Flag, Tenting Tonight, and Shenandoah. During the concert we sang some of our favourite songs; The Fields of Athenry, Oh Danny Boy, Galway Shawl, Sing and Glory Alleluia.

The boys also sang the first verse of The Lord of the Dance before being joined by the rest of the choir and the band.

It was a great opportunity for us to sing with a real band. "This is fantastic. There are so many different instruments to see and hear, I almost forgot to sing" said one child.

It was a long evening for the children but they were a credit to themselves, their families and our school. 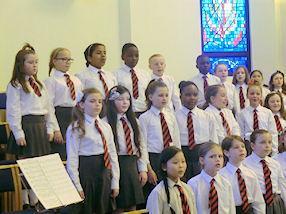 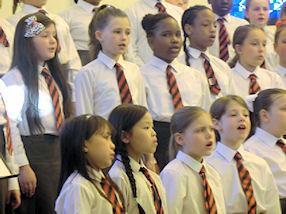 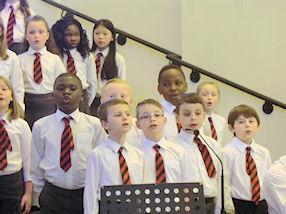 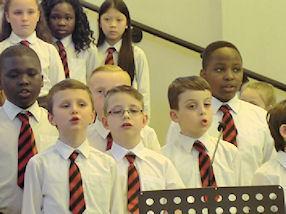 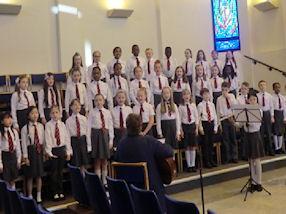 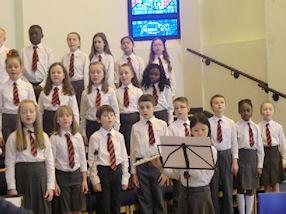 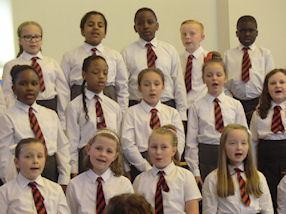 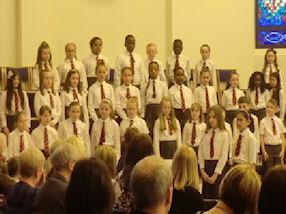 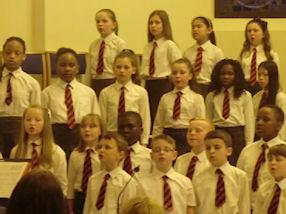 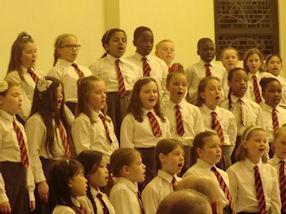 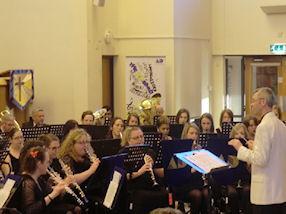 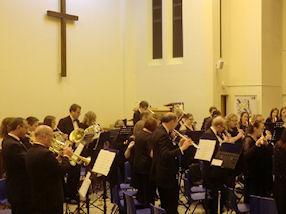