On 20 February, Rose and her team wiped the board clean at the Myona Kitchen Awards for the third year in a row!

There was tough competition this year from the Catholic Partnership schools, all of whom wanted the coveted title of 'Cleanest Kitchen Award' - but Rose and her team polished them all off and walked away with not one but two awards.

To round it all off, draining the fight out of the competition, the Team was presented with 'The Golden Colinder' award for three consecutive wins.

Well done to Rose, Sharon and Tracey for their Terrific Triple Triumph - you're the tops! 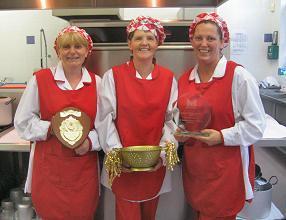 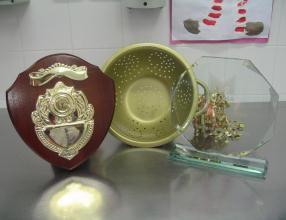