Speight of the Art

On Wednesday the 4th February 2015 we had an incredible morning with Speight of the Art. Two men called Tony and Dave came in. Dave was the photographer and Tony from the Royal Ballet was helping us make our trailer for the Nutcracker.

Firstly, Tony told us to put on some Speight of the Art t–shirts. Then we listened to some sounds that were made using the Sound Beam; as you passed your hand through the beam it made a noise. Tony explained how the sound was made. I was the first person to test the sounds.

Some sounds were from the Nutcracker show. I had never seen the Nutcracker before but I have heard of it and Tony told us some of the story. We got to have a look at the toys that the family would have had. We looked at silver balls a nutcracker and a marionette; a marionette is a puppet.

The class was split into two groups. Tony had one group and Miss Clarke had the other group. I was in Miss Clarke's group. Miss Clarke asked us what characters we wanted to be and I was the Nutcracker!

Our trailer was turning out to be really good. We did not have everything in our trailer but we had the most important things like the battle which is the main plot. After we rehearsed several times we had a break outside and we were the only ones out, that was very exciting. We went back into the hall and practised our sound affects again and our group went first while the other group practised without them. We made some changes to our trailer, this is called editing and I thought it was better now.

After everyone had practised we performed our trailer with the sound effects. The trailer is a summary of the actual play and it is trying to get people to come and see the play. I thought it was a great day and I didn't want it to end. 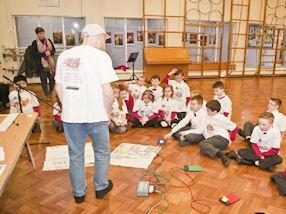 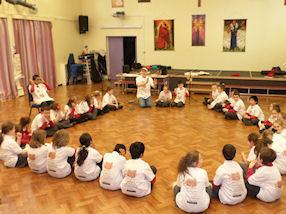 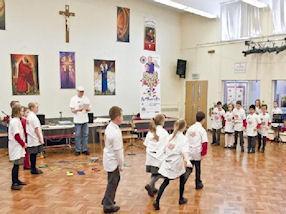 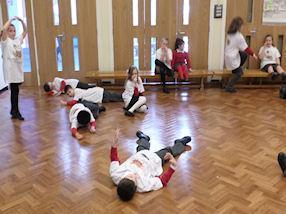