Stations of the Cross

'Jesus went out carrying his cross and came to the place of the skull called Golgotha.' John 19:17

On Tuesday 22nd March children in Year 5M and 5R invited parents, family members and parishioners to join them on a journey of prayer and faith. This journey was with Jesus, from condemnation to crucifixion. All of which was done as part of our Lenten Preparation.

All of the year 5 pupils have worked extremely well when preparing for this. They began by getting into small groups and independently researching each station. This allowed them to plan and prepare for their parts on the day. The reflection enabled the children to grow in their faith by empathising with all of those involved in their station. Furthermore, children created their own artwork and prayers to represent their station.

The service itself was very prayerful and reverent and parents and family commented on how clear it was that the children had a good understanding of each of the Stations of the Cross.

Parents commented on how well the children both prayed their stations, and also their obvious understanding of them. 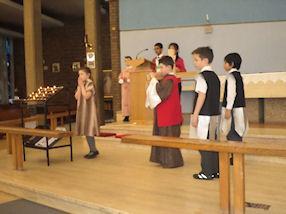 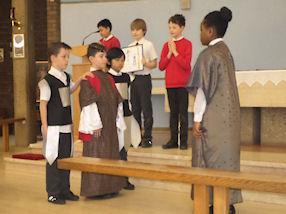 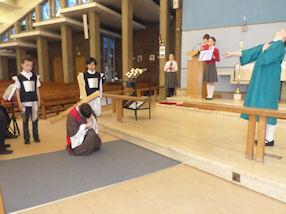 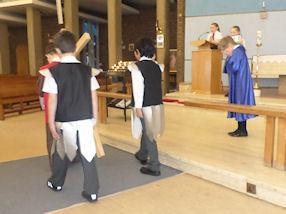 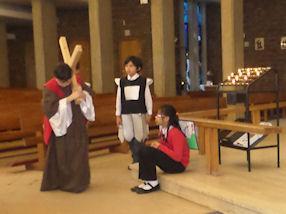 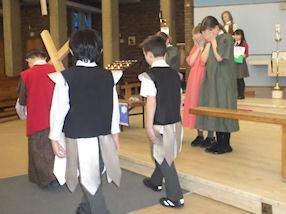 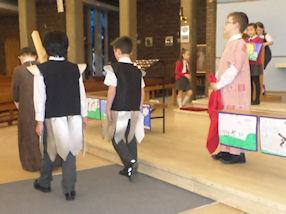 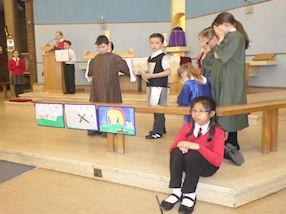 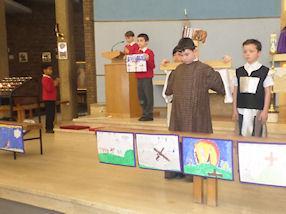 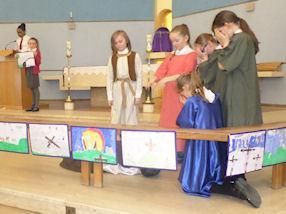 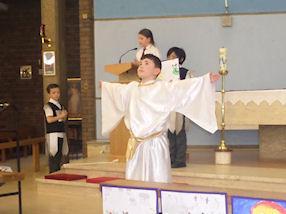