Today we entered the Yardley Junior Schools Basketball Tournament. We were all very excited to be representing the school in our first tournament. Curtis (our GREAT basketball coach) comes into school every week when we learn new skills, these were really helpful to us today.

In the first quarter we were losing 14 to 6 but we were working really hard to come back. There were some brilliant baskets - Kieran scored a three pointer and Conor scored from almost thirty yards!

In the second quarter we were winning 14 to 16 and in the third, it was 18 to 16 to Acocks Green! In the final quarter it was really tense as we were still behind - after some great teamwork, we came back with eight points to win 20 to 24!!! In addition to winning the overall tournament, Montell also won the 'Best Team Player' award - well done.

It was a super day and we certainly recommend basketball as a sport to get involved in as it's great for players and spectators. Why not join your local club... NOW. 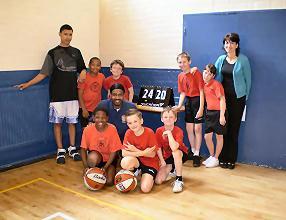 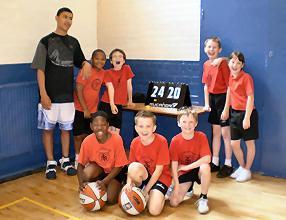 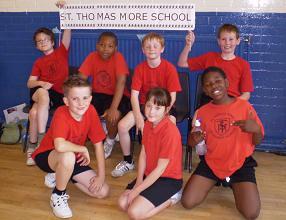 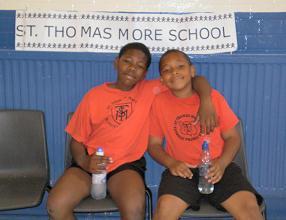