"Be who you were created to be, and you will set the world on fire."
St Catherine of Siena

On Tuesday 28th June Year 3 planned and led a prayer service for the children in Year 6 in preparation for their Confirmation.

Each part was planned and written, by the children in Year 3. The introduction was read, followed by the first reading. Following this readings from the Bible were shared. A definition of Pentecost was given to us, and a short prayer read out.

We then read the story of Pentecost from the Acts of the Apostles and some children acted out the scene using instruments for the sound and hats to show the fire on the disciples heads. The actors said aloud the names of the countries they were from as part of the dramatization.

Year 3 had written prayers on prayer cards for their prayer partners in Year 6 and some were shared aloud.

The Gifts of the Holy Spirit that were given to the disciples during Pentecost were then explained to the Year 6 and some final prayers shared. This wonderful service was then brought to an end with Year 6 receiving their prayer cards. 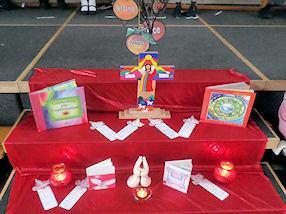 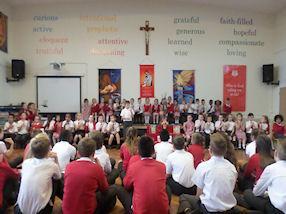 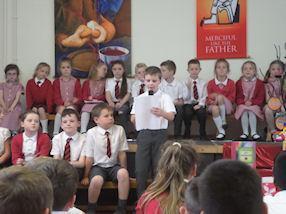 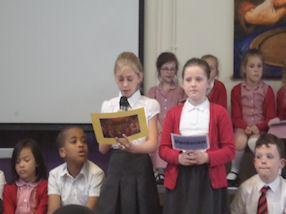 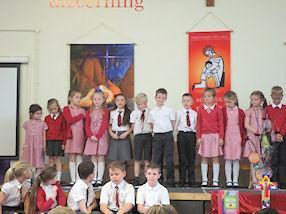 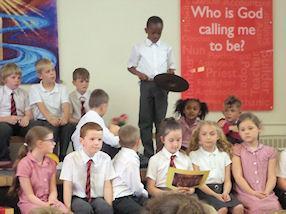 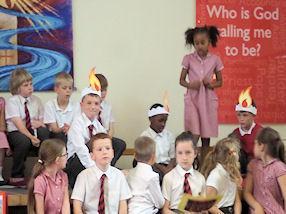 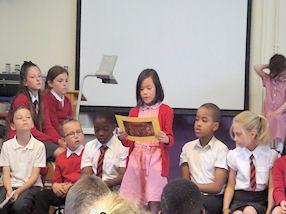 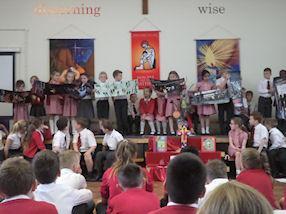 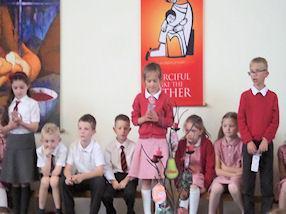 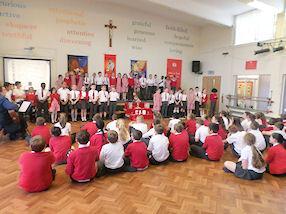