Within our school garden, two areas were sown with poppy seeds last October, ready for a poppy field display for the 100th Year Anniversary of World War 1.

The poppies have now bloomed. A WW1 soldier is seated in his trench with his uniform and sandbags, This gives the area a very interactive 'feel' to the garden. The school potting shed has been decorated with WW1 and WW2 literature for the children to read in an 'outside' learning environment.

Year 4 children have been busy studying World War 1 in their class work and produced some very touching 'Soldiers Letters home' from the trenches. The letters were written on old style paper to make them more authentic and are very moving to read. The children tried to imagine 'how' it felt to be writing a 'last' letter home and some of the letter have been sent to be displayed in a forthcoming WW1 Library exhibition.

Mrs Shakespeare sent five letters to the BBC and the children received Blue Peter Badges for their efforts.

Year 4 have been reading War Horse by the brilliant children's author Michael Morpurgo and have really enjoyed all their different learning experiences. 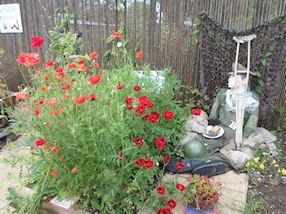 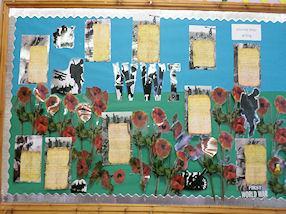 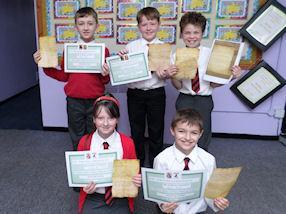 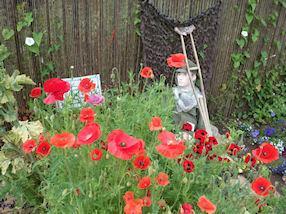