Year 5, took part in a Victorian School Day to reinforce their understanding of what life was like for children in Victorian Britain.

The day started with all the pupils arriving at school in their Victorian costumes and waiting excitedly for the hand bell to ring before lining up in two separate lines.

After seating boys and girls separately the school day began with a hand inspection, which was swiftly followed by handwriting practise, on slate boards, using hooks and hangers, followed by times tables. Later girls took part in cooking and sewing lessons whilst the boys completed mathematical activities to help prepare them for the workplace. Before lunch pupils went outside to take part in a session of drill, which was rather chilly due to the cold weather.

In the afternoon, pupils played Victorian style games such as skipping and marble playing before enjoying eating their Victorian sponge cakes the girls had made earlier.

Everyone looked fantastic in their costumes and behaviour was mostly exemplary, with only a few pupils wearing the dunce hat or being subjected to the 'cane.'

All in all a fun day was had by all. 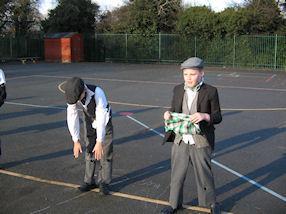 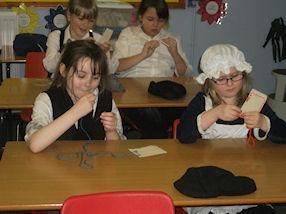 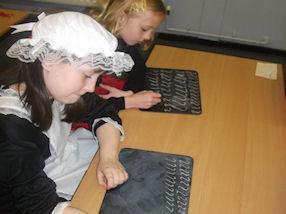 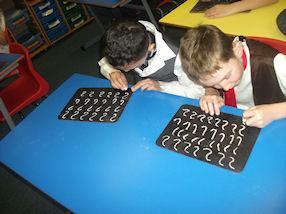 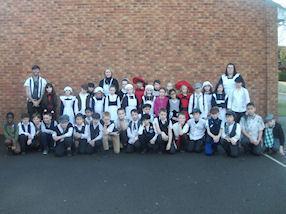 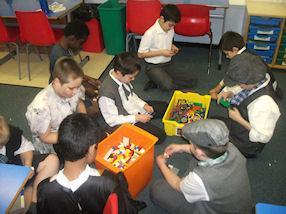 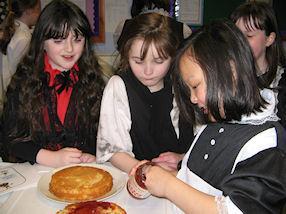 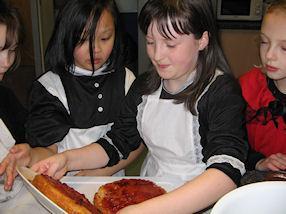 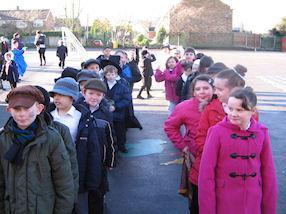 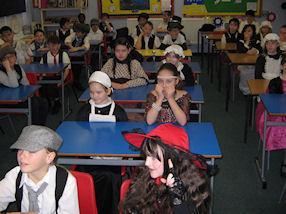 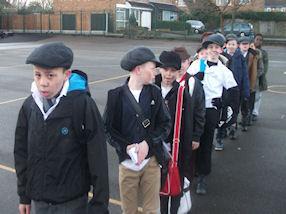 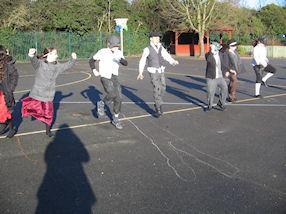 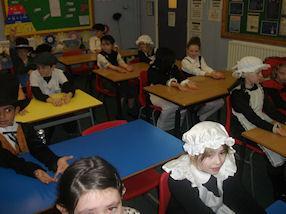 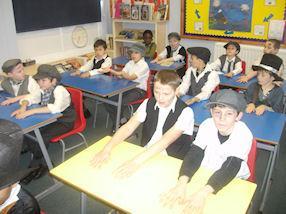 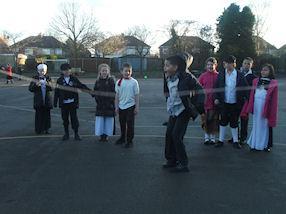 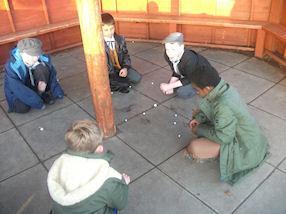