On Wednesday 13th September, both of the year classes from St Thomas More Catholic School travelled on an educational trip. The reasons of this were to take a retreat from our everyday life.

As we approached the-enchanted and colossal–Castle of Alton, our mouths dropped like an earthquake in astonishment. Later, the competent coach driver parked up and we met one of the team members (Claire). She told us some intriguing facts about the Castle itself.

Whilst, St. Elizabeth’s, the other school at the castle with us were playing games, we were putting our bags away. Soon, we joined St. Elizabeth’s and played some really exciting games that helped us to get to know each other more.

To decide who was going to eat their pack lunches first, we played a game and luckily, Charlie Wragg won it for us. Following on from that, Christopher told us what groups we were in for the activities–we were in Carmel. Now that we knew what groups we were in, it was time to go trekking which was very fortunate. In order to participate in this activity, we had to wear our outdoor shoes (shoes that we knew were going to get dirty). While we were doing this amusing activity it was agreeable that it was very muddy ; at one point Shaylah-Mae almost fell off a cliff!

After that, we had some free time and we were allowed to go into the Games Room and the Obviam to chillax. Then we entered the holy, sacred Community Centre, where we played Bucket Ball and most importantly, the dangerous, the deadly, the… ‘WALL OF SHAME…!’

After, we went outside into the pitch-black abyss. We were entering the lethal, the fatal, the…’ Night walk.’ The Night walk was really joyful because we were completely blinded by the darkness, so we had to use our other four senses (mostly feel). Next, we went to the holy spiritual Chapel to learn about the history and Una-one of the team members– told us about the two statues of saints there and she told us that she used to go to the chapel (when it was a school) and she said many more intriguing facts.

Finally, we went to the Crypt to say our very thoughtful, pious prayers. Then, to sum up the day, I was tired but found it tough getting to sleep.

In the morning, I was woken up by the boisterous noise of my roommates and I was exhausted. On that day we participated in two activities–Survival and the Adventure Course. Survival was my favourite activity because we were able to build a shelter and we roasted and ate the scrumptious marshmallows, we even enthusiastically drank the hot chocolate.

Finally, we headed back to the Castle of Alton and into the Pugin Room. The Team announced that we were going to attend a spiritual Mass and after we would dance glamorously-and crazily– in a disco. Firstly, we walked reverently to the chapel and we sang charmingly and the various parts of the Mass were read clearly and loudly. We were joined by Sister Susan, Mrs McHugh, Mrs Doherty and Miss Ryan. After we had praised God, we said goodbye (genuflected) and went into the Community Centre for the disco. The disco was very exciting and I was dancing my head off! Finally, we went into the Crypt again and prayed our night prayer. Lastly, we went up to our bedrooms and I had barely any sleep-but luckily a little more than last time.

In the morning, we were gathered in the Pugin Room and the Team told us what activity we were going to do. Unfortunately, we got Rock Climbing (which was still very good) instead of Archery. Unaware of this, Rock Climbing was actually pretty fun and I was the fastest-although Isla was the champion of completing the whole course. After that, we met in the Castle of Alton and I bought two torches from the Tuck Shop (one for me and one for my brother). Last of all, we met in the Pugin Room (Pugin designed Big Ben, The Castle of Alton and St Chad’s Cathedral etc.) In the Pugin Room, we sang songs, prayed and said farewell to our friends from St Elizabeth’s. Shortly after this the coach arrived and we were on our way back to school.

To summarise, the Castle of Alton was a superb experience and it was very entertaining. The activities were very challenging, interesting and definitely amusing. We had evolved in our faith and have taken one more footstep in growing closer to Jesus. 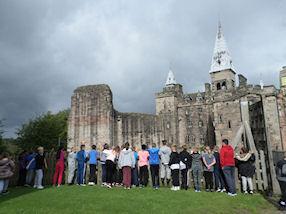 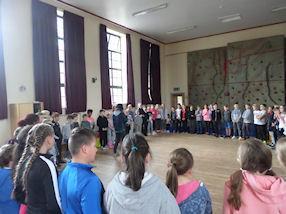 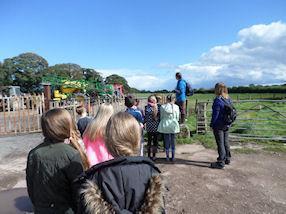 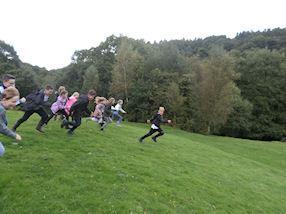 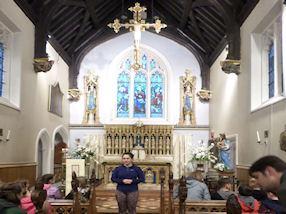 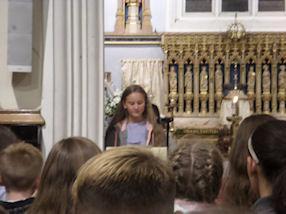 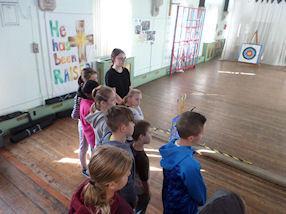 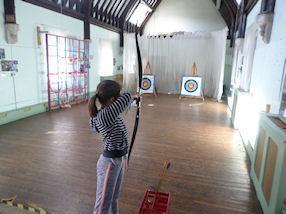 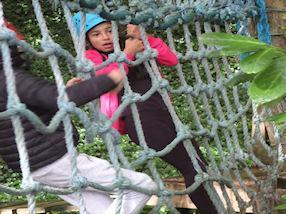 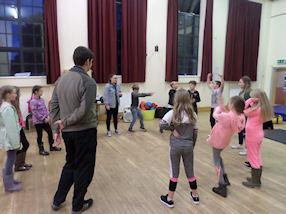 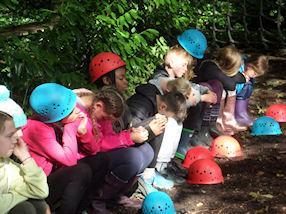 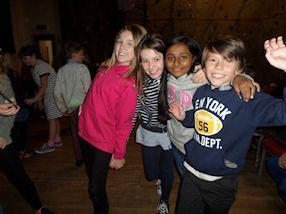 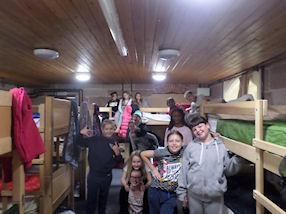