On Friday 11th December 2015 we had an opportunity to visit Sarehole Mill as part of our topic on Rivers.

We were looking forward to visiting the mill as we had heard that J.R.R Tolkien lived within 300 yards of the mill at around the turn of century, between the ages four and eight, and would have seen it from his house. It is also said that he used the mill as a location in The Lord of the Rings, for the Mill at Hobbiton.

Our guide Richard brought us on a guided tour around the Mill and the River Cole. First we learnt how to find our way around using a map and a compass so that we could get back to the centre. We got to see examples of different features of the river e.g.; meander, deposition, tributaries and erosion. Next we put a measuring stick into the water to see what depth it was and then we put a stick into the water and to see how fast it moved. We noticed that the depth of the river does affect the speed, the more depth it has, the less rapid it is. After that, we were given an opportunity to take part in a stick race which was great fun.

We learnt about different leaves and mini-beasts and how they survive in the wild. We all had the chance to participate in pond dipping and then we tried to name the creatures that we caught. We also went to search for leaves and went exploring. We found loads of different leaves like – Holly, Ivy, Sycamore and the Maple and we even got to see a heron that was standing on the edge of the pond.

We really enjoyed visiting the mill and crossing the river using the stepping stones. The visit helped me to recognise the different features of a river that we had learned about in class and we could see for ourselves what these features looked like.

A meander in the river. 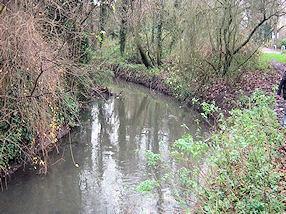 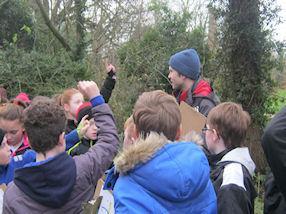 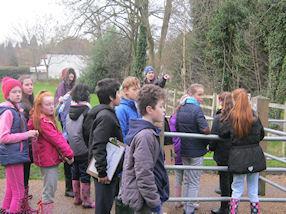 Measuring the depth of the river. 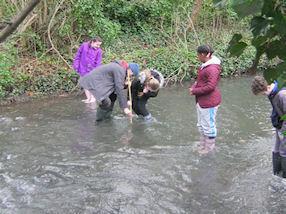 Measuring the speed of the river. 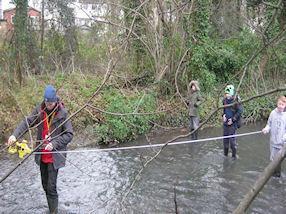 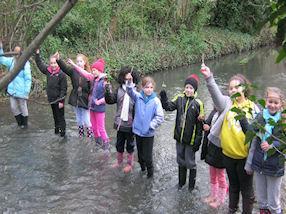 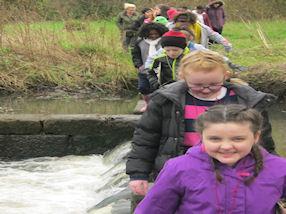 Standing in a shallow section of the river. 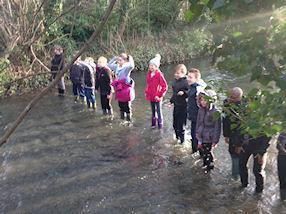 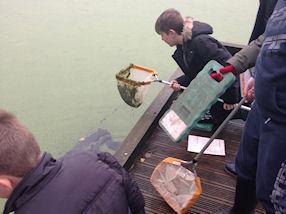