Year 6 wowed the audience with a spectacular guide to the landmarks of London and historic features of the Olympic Games on Tuesday 17th July 2012.

Despite a whirlwind tour of London and an introduction to its famous characters, our Taxi driver 'Charlie' insured that a lost 'Usain Bolt' reached the Olympic Stadium in time for the Opening Ceremony. Zeus and Hera completed the journey with an explanation of the Ancient and Modern Olympics, and their heroes.

The children created the beautiful backdrop, sang several fantastic songs and entertained everyone with their wonderful performance.

Thank you to the Year 5 children who supported our singing. Well done to all the Year 6 Children - You are the Champions! 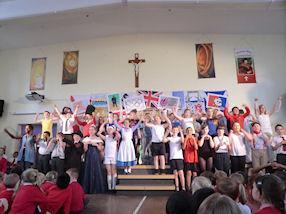 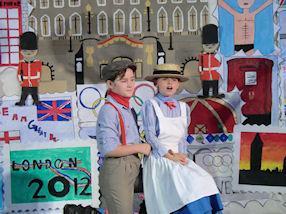 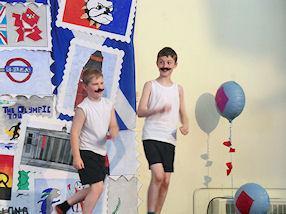 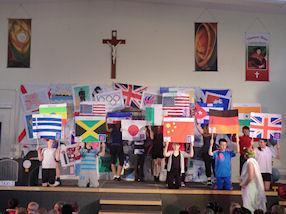 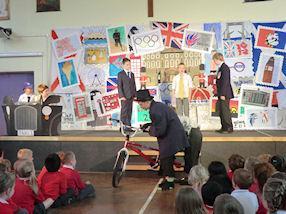 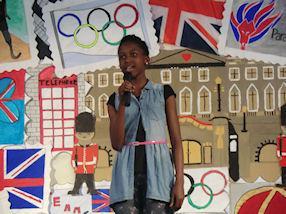 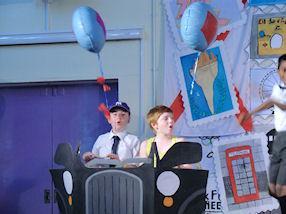 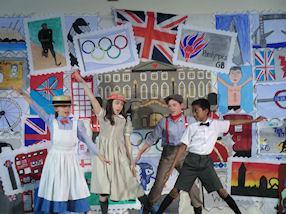 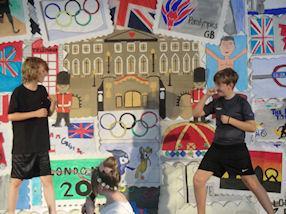 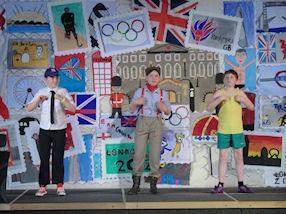 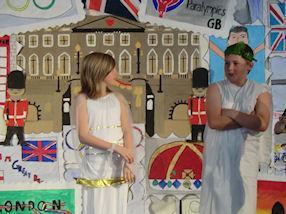 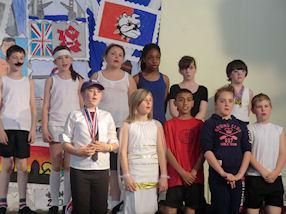 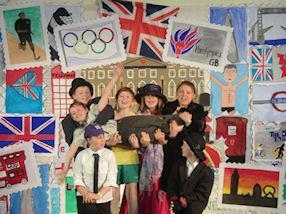