First of all Miss Ryan helped us to design a card for our prayer partner with a little prayer inside that we had written. We would then present these cards to our prayer partners in Year 3 during the prayer service.

On the day of the Prayer Service we prepared the hall and chose some special things from the Eucharist display in the Entrnace for the children to focus on e.g. : the chalice, grapes, special candles. We then collected our prayer partners from their classroom and entered the hall together where we sang 'Gather, Gather' to help us focus on coming together.

First of all Harry led us in making the sign of the cross and welcoming everyone to our special service. Then Olivia read about the Last Supper from St Luke's Gospel and we then sang 'Bread of Life.' When the hymn finished Kacey then talked about our prayer cards. Some children read out examples of the beautiful prayers that they had written for the Year 3 children.

After that all the Year 6 children presented their prayers to their prayer partners. The Year 3 children were delighted that they received such special prayers to keep in their hearts.

Soon after some prayers for the children in Year 3 were read out which asked God to watch over them as they received Jesus in the Holy Eucharist for the first time. We finished our prayer service by singing a hymn called 'We are one Body.'

by Izabel and Jada 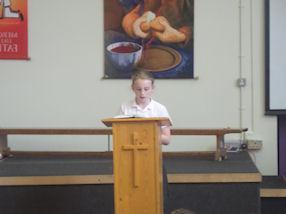 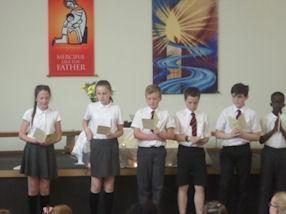 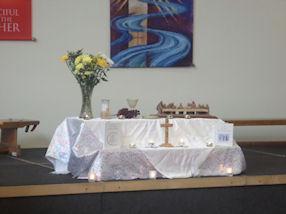 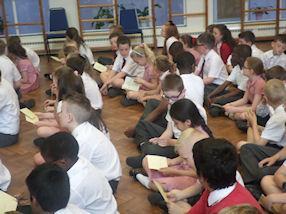 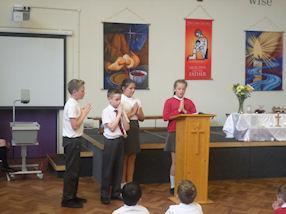