On the 14th June both Year 6 classes went to Oscott College (a place where men train to become priests). The journey was really lengthy; when we finally arrived Jude and Sister Therese greeted us and took us into this large grand hall where the seminaries talked and play games.

We placed our coats and bags onto chairs and then went off into our groups. Our group leader was called Robert. He took us into this room where we met some other seminarians called Malachy, Kevin, Andrew, Bob and Luke. They introduced themselves to us and said what they liked and then disliked. They asked us to write down some questions that we wanted to know about priests. One of the questions was “Do you ever miss your family? They replied by saying sometimes, but they visit them in the half term at the same time we have ours.

The children in our group did some acting about Adam and Eve, how the cross connected them- who represented us- and then back to Christ. After that we went back into the hall and devoured our lunch. This was followed by some time outside. We then set off to a tour of the museum. It was a bit small, but fascinating.

In the museum we had a special booklet where we had to answer some questions and then had to draw some pictures. We went and prayed to Mary our Mother. We went back to the main hall and talked about what we had learnt. Our day ended with the celebration of Mass.

I felt very close to Jesus during this special Mass because we were with people who would also one day be priests. We only usually see one priest. We then returned to school. This trip was the best experience ever and I would like to return to Oscott College one day. I thought this trip would be the same as our visit to St Chad’s but it was different. 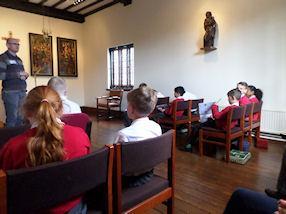 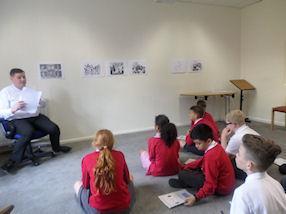 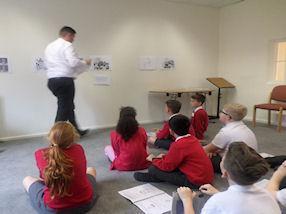 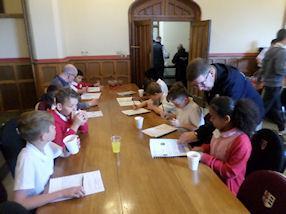 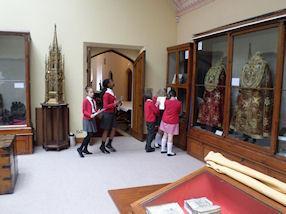 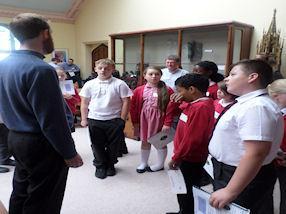 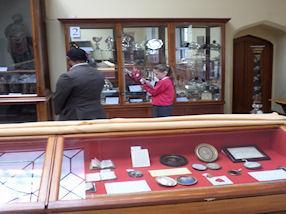 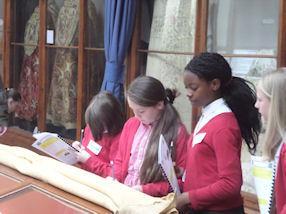