We were very privileged to be able to go on this trip, and to be allowed to visit this holy, special place. When we arrived, we proceeded into a large room where we placed our coats and lunch. Two other schools were visiting here also. We had a quick ice breaker game with the seminarians, the students who stay at Oscott College, and then we were put into groups. The people from our school were split into two groups. One group went with Simon, who we already knew from school, and the other group, my group, were put with a man called Sean.

First of all, all my group went to one of the offices where the seminaries study. As a group, we talked about our faith and what was really important to us. Sean spoke to us about Mass, what the priest says during Mass, and also, what a priest wears. Thomas volunteered to dress up as a priest, to help show us what each garment was and what it symbolises.

Then we went to another room where we said some prayers and discussed what each of the five fingers of prayer stood for. We then each wrote down a short prayer for each finger and placed them on and around a large wooden cross.

Next, we entered the Chapel. My group learnt a lot of interesting and intriguing facts that we didn't know before. For example, the College was built in 1838 by a man named Augustus Welby Pugin, the man who designed St Chad's Cathedral and Alton Castle both places we had visited earlier on in the year!

We also visited a place called the Weedall Chantry. Here, we saw amazing artefacts and old relics from many decades ago. We saw, and sat in, a confessional box. Carved into it were the four Gospel writers: Matthew, Mark, Luke and John and engraved next to them were their symbols. This helped us figure out who was who.

After a short break, we went somewhere very special. We went to the same place our Holy Father stood and sat when he visited Oscott College! It was majestically beautiful.

We went into another room that was full of even more artefacts. This was Oscott College's own museum! When inside it, we were given a competition - a treasure hunt! We had to find different cabinets and answer the questions on a sheet we were given.

Throughout the day we each had a booklet given to us, to help us learn about life at Oscott, and our preparation for Confirmation which we completed as we toured around to help us remember the things we learnt. Before leaving the Chapel, we lit candles and said prayers to Our Lady, as there was a statue of her there. The first three people to finish the hunt won a chocolate bar for a prize. I didn't win anything, but I didn't mind as it was really fun!

Lunchtime followed the visit to the museum, and before you knew it we were back inside again, having hymn practice to prepare us for the Mass that was going to start shortly.

I really enjoyed the Mass, as the seminarians tried to get us all involved. Each school had a chance to do something, and be a part of the Mass. Simon played the organ and it sounded amazing. After Mass we all got our coats, said thank you to the seminarians for having us, promised to pray for them and waved goodbye to the magnificent Oscott College. 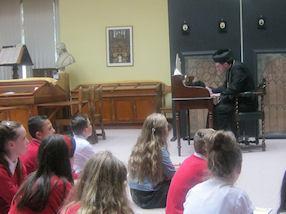 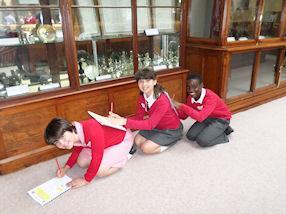 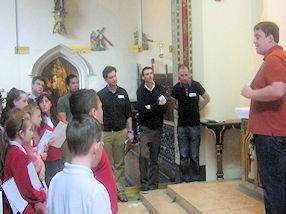 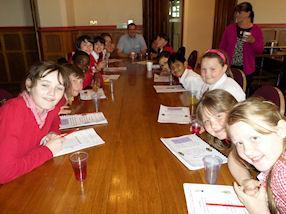 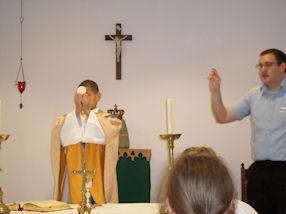 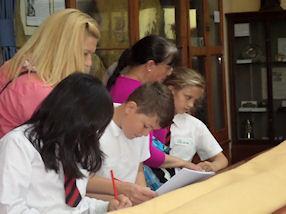