On Thursday 6th of March 2014, both Year 6 classes travelled by coach to St Chad's Cathedral to prepare for our Confirmation. When we arrived there, we were greeted by three guides: Mrs Percival, Mr Mc Connell, and Mrs Fitzpatrick, whose group I was in. We were taken to a room and placed into groups of three. I was excited about spending time in the beautiful Cathedral.

Firstly, my group was taken outside and shown around the outside of St Chad's. It was truly magnificent. Then Mrs Fitzpatrick took us back inside the Cathedral to tell us all about St Chad. We found out about St Chad's bones as well. They were dug up and placed in a small box to save them. The bones were passed through house to house-only to Catholics though! Mrs Fitzpatrick told us that the bones were concealed in a big gold-painted box just above the Tabernacle– they were over one-hundred years old!

When we walked into the Cathedral I was breath-taken. I gawped at the magnificent stained glass windows, staring in awe and wonder at the structure of the roof. Mrs Fitzpatrick explained to us that most things in the Church were made by the architect Pugin. Curiously, I noticed the colours used on the ceiling, blue, gold and red; Pugin's favourite colours. The colourful stained glass windows told stories, and one of them contained my Confirmation Saint, St Cecilia! Jesus, who was on the cross, had been imported from a different country and was a present to St Chad's.

As we proceeded, Mrs Fitzpatrick continued to tell us many amazing facts. Such as, in World War Two a German bomb fell through the roof of the Church and the whole thing was set on fire. As if by miracle, the bomb had also hit the radiator. This caused all of the water to gush out, stopping the fire, before it could do any damage. From that day, God has been watching over the Church. Mrs Fitzpatrick showed us, that to remember this day, a special tile has the date that the bomb fell through; to remind everyone of that extraordinary miracle.

After the tour ended, we reverently walked into the pews, ready for Mass. We were joined by Sister Susan and Mr Pitcher. The Mass was very prayerful. I was part of it as well! I was given the job of taking up the Offertory to the priest. When the Mass had finished we went back to the room, we started in to eat our lunch. We were allowed to bring some money with us so I bought a key ring for my Mum. After thanking all the helpers we were escorted back to the coach, ready to go back to school. 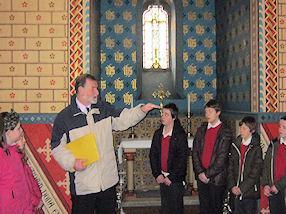 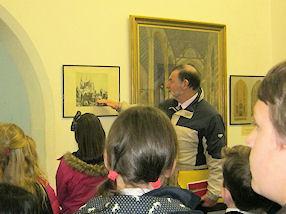 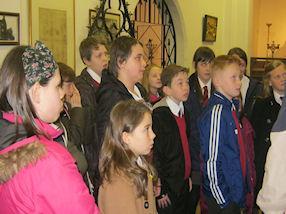 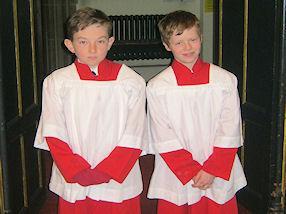 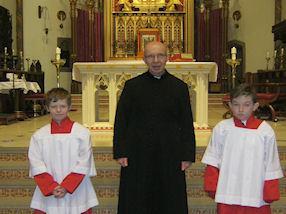 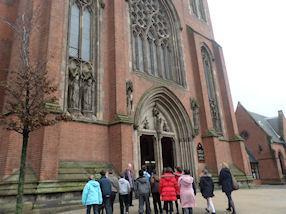 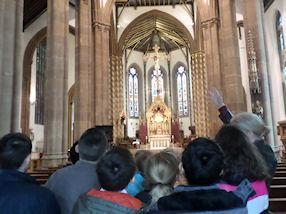 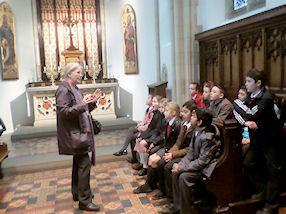 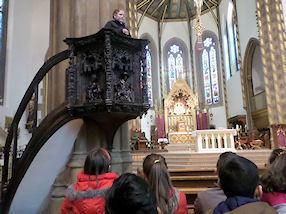 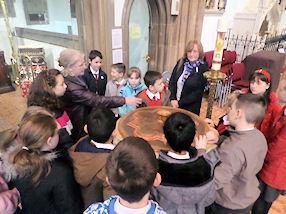 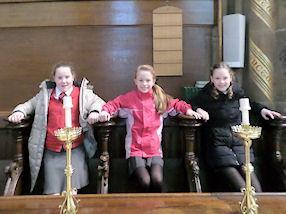 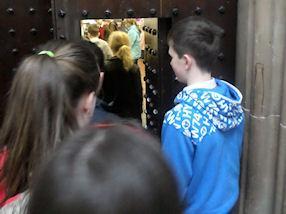 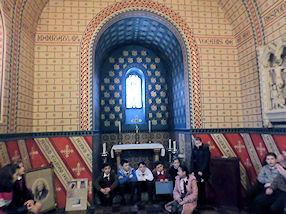 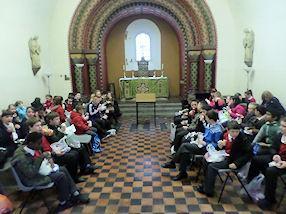