The Life of St Thomas More 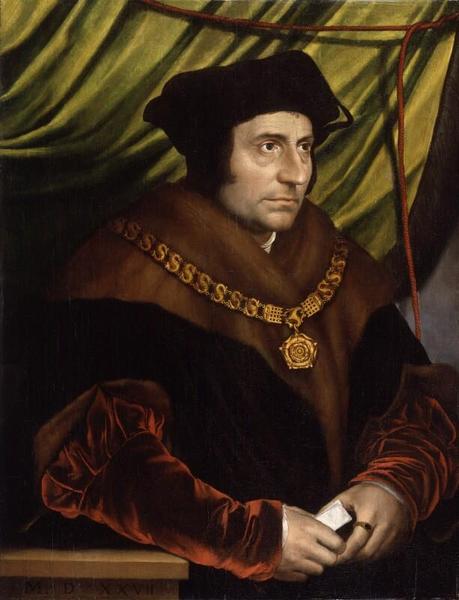 Thomas More was an English statesman and writer of the early 16th century. Thomas More was born on 7 February 1478 in Milk Street in London. (At that time London was a bustling town of perhaps 60,000 or 70,000 people). His father, John More was a lawyer and the family were comfortably off.

More was an educated man. He studied at Oxford and qualified as a lawyer.

In 1505 Thomas More married a woman named Jane Colt. They had 4 children, 3 daughters and a son. However Jane died in 1511. More then married a widow called Alice Middleton. Alice had a daughter, also called Alice. Thomas More adopted her. In 1520 More and his family moved to Chelsea.

As the years past, Thomas More soon rose in society.

Then in 1534, King Henry VIII became head of the Church of England. Thomas More refused to swear an oath recognising Henry as head of the English Church.

Unfortunately not the ones with chocolate chips.

Some cookies are necessary in order to make this website function correctly. These are set by default and whilst you can block or delete them by changing your browser settings, some functionality such as being able to log in to the website will not work if you do this. The necessary cookies set on this website are as follows:

Cookies that are not necessary to make the website work, but which enable additional functionality, can also be set. By default these cookies are disabled, but you can choose to enable them below: